One of the biggest keys to deciphering the Preakness each year is deterring how good or vulnerable you think the Derby winner is, and figuring out which of the new shooters is a legitimate threat to win, if any.  Below is a chart listing the Derby winner, his Preakness finish, and the top new shooter for each Preakness since 1991. 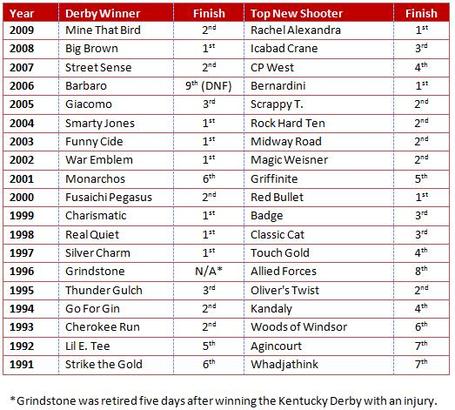 Some thoughts on this chart below the jump...