Additionally, Ron the Greek, winner of last year's Lecomte at Fair Grounds and second in an Optional Claiming even last week at Gulfstream, makes his 2011 stakes debut.

I'll have more on this race, and all of this weekend's stakes races, a little later on. 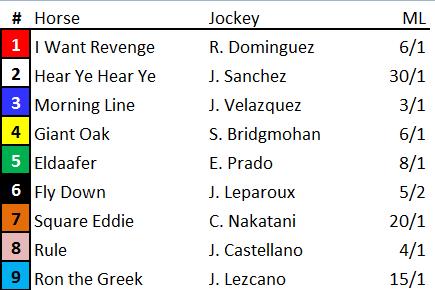