Take this to Vegas immediately. This is the end all be all of 2012 Freshman Sire Predictions. Now finding a futures pool for this might be a little tough, but I'm sure someone downtown will take your bet.

Now, I've broken out the entire list of stallions that entered stud in 2009, and using the sales data for yearlings in 2011 (i.e. the horses that will be 2yos this year) I've estimated which stallions are putting out the most quality and also the most horses. Quality is measured by median sales figures for the given year.

You want to find data that is difficult to find? Try finding to total number of foals that Curlin and Tiz Wonderful had in 2010. If a stallion isn't listed your stallion on the Thoroughbred Times' Stallion Directory, then forget about it. Even the Stallion Register won't even tell you (unless you pay for an Equineline service: 200 bucks+ for a partial account). So I've had to estimate for Curlin and Tiz and I settled on 90 as a fair estimate based on what the other high end stallions had.

So this is my take on it:

I really only ranked the top 7, after that it is purely based on median sale earnings. So, the top 5: 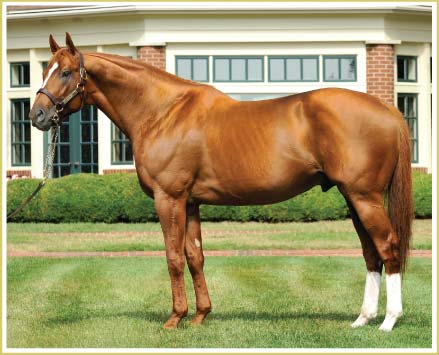 I know for a fact that Curlin's foals have been selling like nobody's business, those prices speak for themselves. Everyone loves their conformation thus far. Does that mean they can run? No, certainly not (thinking conformation = success is like seeing a runner drop in class from stakes to OC and thinking you have a sure thing, but inevitably, there's a throat issue and the sure thing finishes fourth since it can't breathe coming down the stretch: basically, you know better, but it just seems so easy). But you have to love the fact that the most accomplished race horse in recent memory is putting out what seem to be good foals. 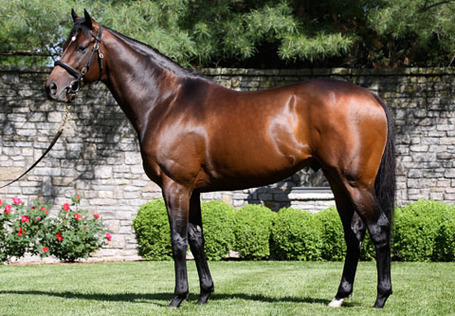 Henrythenavigator is selling well and also has 111 foals. Odds are he'll get one or two big ones. 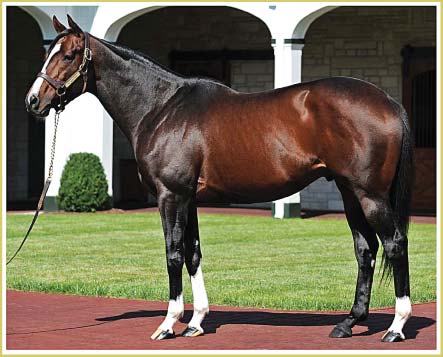 Tiz Wonderful's estimate of 90 foals is probably a little low, plus I just like him better than Big Brown. 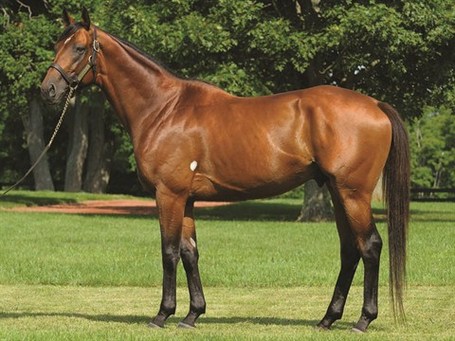 Big Brown's foals are also selling like they're going out of style. But he only has 58 foals that are currently yearlings. Not sure if he just was not as famous (out of thought, out of mind) his second go round, or if breeders didn't like what they saw from the foals that didn't make it to the sales ring. 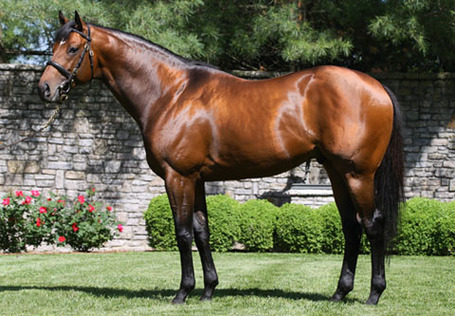 Quantity plays a huge part, since if you get 2 GSWs, that puts you way up in the rankings. Quality of the mares is clearly a primary determining factor, but without access to a breeding shed's books I'll never know which mares were bred to a given stallion. We also have no idea how many of those foals will actually make it to the track this year. A ton of variables to take into account, many of which there is no accounting for (that's a sweet turn of phrase). Many of the claims that X Stallion was bred to "114 stakes quality mares" doesn't carry much weight for me, seeing that "stakes quality" could mean won the Oaks, or could even mean has a 1/4 that won an ungraded stakes at Canterbury. Plus they tend to compile those numbers over a several year period to make it seem more impressive than it really is.

So, that's my take on this upcoming crop of freshman sires. Hopefully we see a deep crop of juveniles come to the track this summer. With all of the variables, this seems like a pretty good guess to me. But as we saw this year, just one runner in a single race can make a big difference to a stallion's overall ranking as a freshman.