Certain people touch your life more than others. This is the story of one such person.

I've been tossing this post around in my head for quite some time. Well, two months to be exact. Siva&Bale's post the other day inspired me to finish it up. His excellent words echoed much of what I feel when I connect with someone through the wonderful experiences of this sport of horse racing.

I pulled the bar stool back and found a nice, clear spot at the end of the L-shaped counter from which to begin my weeknight handicapping session. A spot near the end of the bar allows me enough room to spread out my Form, pens, and any other necessities I've brought along that day. I've also got enough room for a frosty cold beverage, as well as a prime viewing location in front of one of the flat screens above the bar. This was my little corner to study: a spot where nobody would disturb the serious business to which I was about to engage.

It was fall and right smack in the middle of the Keeneland meet - one of my favorite tracks to play throughout the year - and I had been frequenting the Roosevelt Ale House for about six months after moving to the neighborhood earlier in the year. Typically, I sat quietly at the end of the bar reading my racing form while receiving the occasional odd glance from other patrons wondering what the hell I'm reading or marking up in such a studious fashion. In fact, until that particular happy hour evening, I can't remember anyone ever recognizing the hieroglyphics spread out in front of me as anything to do with the sport of horse racing.

"Hold on a second," I heard a voice say at the other end of the bar, "there's a young fella down at the end of the bar reading the Form." Since that person could only be me, I looked up to see an older gentleman walking my way, a man I had seen a couple of times before in the bar wearing a blue "Emerald Downs" jacket.

"You picking any winners?" he asked me, a question I will undoubtly remember for the rest of my life.

"What track are you playing?"

The man that came up to me that evening at the Roosevelt Ale House was Don Clayton - "Pete" to all his friends - and, for the next four years, he became a beloved friend and inspiration.

Don "Pete" Clayton was born in Seattle, Washington in 1932, graduated from Roosevelt High School in north Seattle in 1949, and served in the Marine Corps for four years during the Korean War. Pete started working at the old Longacres track in south Seattle at the age of 15 and would work in the horse racing industry for the next 56 years of his life. Longacres, Playfair in Spokane, Yakima Meadows, the Fair Grounds in New Orleans - Pete "worked the circuits", as he would say, going to different tracks to work as a mutual clerk depending on the season and which courses were running.

Pete eventually found his way to Emerald Downs for the final working years of his life, a place where he became a friend to many, many people. He retired from Emerald Downs several years ago but would always sport his "Emerald Downs" jacket whenever he went out of the house.

Pete and his wife Lois were regulars at the Roosevelt Ale House...actually, that's probably not an accurate description. They were family. Almost every night, right around 5:00 p.m., Pete and Lois would walk in, pull up a couple chairs at the bar and order a round for happy hour. They were never at the bar for very long - typically one or two rounds at the most - but no matter what day you were there, if it was nearing 5:00, you expected their arrival. Well, we prepared for their arrival; if the seating at the bar was full, patrons would begin to shuffle and move around in order to create two seats for Pete and Lois.

If a day, two days, or... gasp!... a week went by without Pete and Lois showing up to the bar, patrons would begin to worry. Usually they were out of town (a trip to Vegas was on the itinerary about two to three times a year), or perhaps their kids or grandkids were visiting. But, make no mistake, their whereabouts were always looked after.

A horse racing fan is a completely different kind of sports fan. In many ways we possess the same traits as those die-hard followers of NFL, MLB or NBA teams. But, in my experience, when one horseplayer meets another horseplayer for the first time there is an instant connection that I've never found in connecting with fans of other sports. Even if we meet someone that's the fan of the same team from our hometown, it's not the same. Horseplayers, regardless of how remote our backgrounds may be at the time, can connect through our thirst for the sport.

Horse racing fans really "love" the sport. While we can acknowledge the warts and the problems, at the end of the day, we follow the sport because we have a passion for it. And truly, you have to love it to fully appreciate it.

Over the four plus years I would know Pete our conversations always took place at the pub and almost always involved talking horses. Pete told great stories - stories about old jockeys, trainers, tracks, and horses - and my friendship and conversations with Pete provided a glimpse into an era of horse racing that exists primarily in the rearview mirror.

Pete had stories of Willie Shoemaker coming up to the Pacific Northwest to run in the Mile or of a young Gary Stevens before he would move to California where his career would take off. And while I couldn't relate to you specific tales that stand out in my mind, I can relate the words he would say to me every time I was preparing to go out of town to the races, or just heading down to Emerald Downs for a day at the track:

Perhaps those are the things I'll cherish the most from my friendship with Pete: the small, yet perfectly stated observations about a game that we both loved.

Have fun. It's a great game.

About two years ago I was embroiled in a handclapping/betting slump the likes of which I hope to never experience in my horse playing life ever again. It wasn't just that I couldn't pick a winner; everything I picked was finishing a day and a half behind the winner. Race after race - longshots, midshots or 1/10 "sure things" - I couldn't buy a bet to save my life. Photos went against me and inquires resulted in my picks being disqualified - it didn't matter what I did, I wasn't going to cash a ticket.

I was sitting at the Roosevelt during that stretch of particularly heinous handicapping and I started talking to Pete. As usual, the conversation started off with him asking how the handicapping was going, to which I replied, "about as bad as it can get", which probably understated the problem at that time.

"This game will test you more mentally than anything else", Pete said to me. "It's tough. Always has been, always will be." Simple but powerfully accurate words.

Pete was a "win" bettor, primarily due to the fact that when he started playing the races all you could do was bet "win", "place" or "show". He'd play an exacta now and then, or maybe a double, but he was a traditionalist and the win bet was his bread and butter. At that time, I was knee deep into exotic wagers - exactas, trifectas, Pick 3s, Pick 4s, Pick 5s - and the results were whatever level is below "atrocious". Pete's calming influence, and his ability to appreciate the game, no matter how bad the current results might be, always inspired me. Yeah, I was in a bad stretch but I was playing a game I loved and one that I knew was going to challenge me.*

*Ironically - actually, not ironically - following that conversation with Pete my wagering fortunes began to turn, so much so that I went on one of the better runs I've ever had since playing this game. The run eventually came to an end, as they always do, but I've always felt that Pete provided a perspective on the game that I lacked at times.

Pete was an optimist with a wonderful outlook on life, not just with horse racing but everything. It's so easy for us to look only at the negatives, to lament the failures and challenges that exist, that we fail to appreciate the good things still present around us.

We all know the challenges and the issues surrounding the sport we love, but Pete still found the enjoyment, excitement and positives from a sport to which he dedicated his life towards.

I've been fortunate enough to travel to several fantastic locations to experience horse racing over the last four years - the Zenyatta Breeders' Cup at Churchill Downs, the Frankel 2,000 Guineas at Newmarket, the I'll Have Another Preakness just a year and a half ago - and every time I loved coming back to Seattle to talk to Pete about my experiences. Many of the tracks I visited were ones he traveled to back in his heyday, while others were locations he never had the chance to experience.  Sharing my experiences with Pete not only gave me perspective on the places I visited but provided an appreciation of their history. In some ways, we lived vicariously through each other. I provided Pete a glimpse into experiences he wouldn't have again, and he provide me a glimpse into a time I could never experience.

This March I had the opportunity to travel to New Orleans for the 100th Louisiana Derby at the Fair Grounds, a fantastic trip to one of the (in my opinion) great American cities. During our conversations I learned that of all the tracks Pete travelled to during his career, the Fair Grounds was one of his personal favorites. I spoke to him two days before I flew down to New Orleans and, when I returned, was anxious to relay the wonderful experiences I had at the track while I was there. The wonderful New Orleans food and unique culture make the Fair Grounds a "must visit" for any horse player. Sadly, the conversation I had with Pete prior to flying to New Orleans was the last we would share.

My friend Pete died on Saturday, June 8th - the morning of the Belmont Stakes - at the age of 81. He is survived by his wife, Lois, his children, grandchildren, and all his extended family at Emerald Downs, the Roosevelt Ale House, and wherever his kind, gentle and positive demeanor touched the lives of others.

I'll try to hit a few winners for you, Pete. And if I don't, well, I'll still have fun enjoying this great game. 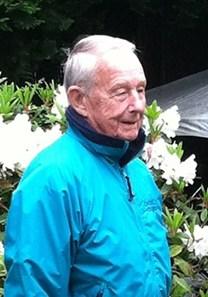