It's going to be a wet one at Ascot on Saturday, the only question is: "how wet'? The current going stick rating for Ascot is Soft (straight) and "Soft, Heavy in places" (Round). From the Turftrax website:

The British Champions Stakes featuring Frankel will be run on the round course and that 6.0 GoingStick number doesn't exactly instill a lot of confidence that the ground will be anything but Soft to Heavy on Saturday afternoon.

According to a report in the Racing Post, if the conditions are deemed "unsafe" by his connections following an inspection of the course tomorrow morning, it is possible he could be scratched from the race.

Below is the GoingStick map and the legend. As you can tell from the map, the heaviest part of the round course is right where the 10 furlongs races begin, while much of the rest of the course is rated as soft. Continued rain, however, could deteriorate the other portions of the ground. Current forecasts call for an 80% of participation tonight. 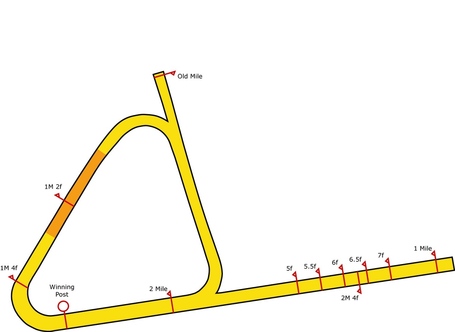