When surveying the current scene of North American racing, you can hardly look at a single race card without seeing his influence. Whether it's as a sire, a sire of sires, a broodmare sire, or simply as a dominant influence in bringing juvenile racing to the forefront of many meets, Storm Cat is omnipresent. No sire in recent memory has had more impact in any single aspect of racing here in the States than he has in getting dominant two-year olds. His influence has directly led to more and more juvenile racing due to the fact that he, and he through many of his sons, get so many early-developing two year olds that there are more than enough 2yos to fill up cards all over the country. For example, at Saratoga during August, there are basically two Maiden Special Weight race for 2yos every day during the meet. That doesn't even include the stakes racing. And much of the demand for those races is directly tied to the dominance of Storm Cat. Some sires get champions. Some sires are major influences for speed, stamina, turf, etc. Some sires are good broodmare sires. Only a tiny proportion of sires can claim to have truly changed the breed as Storm Cat can. 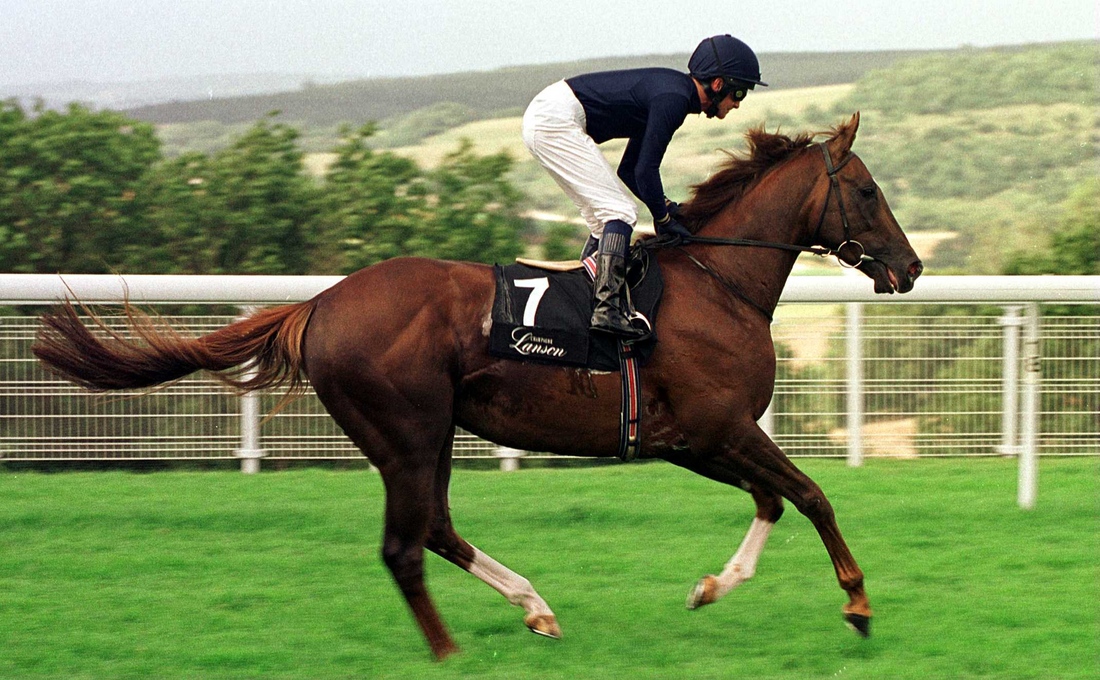 Now I'm not wholeheartedly endorsing the focus that juvenile racing has become for North America. Not by any means. Anyone who has read this site has seen me openly criticize the Jockey Club's Graded Stakes schedule for two year olds. However, my personal feelings aside, if that's the direction that the industry wants to go, well, Storm Cat led the way and should be duly recognized as the major influence he was in getting that to happen.

So what exactly made him as great as he is? ("Is" is definitely the right tense to use, since his influence is still strongly felt through his sons at stud, his daughters as broodmares, and his few runners still left on the track.) Game changing stallions should be good sires of runners:

"Storm Cat sired earners of more than $127 million, eight champions, and 108 graded stakes winners including winners of the Preakness Stakes (gr. I), Belmont Stakes (gr. I), Kentucky Oaks (gr. I), and five Breeders' Cup races. He ranked second on the all-time Breeders' Cup sire list and was the sire of numerous European group I winners. He topped the general sire list twice, [and] the juvenile sire list a record seven times."[BloodHorse.com]

Game changing stallions should be good sires of sires and of broodmares:

"[His sons] Giant's Causeway, Hennessy, Tale of the Cat, and Stormy Atlantic are among those who also have led the juvenile sire rankings by progeny earnings, and Giant's Causeway led the general sire list in 2009, 2010, and 2012. Storm Cat also has proven to be a breed-shaping stallion thanks to his daughters; to date, their ranks include Contrive, the dam of 2005 champion juvenile filly Folklore, and Silken Cat, who produced 2004 sprint champion Speightstown, himself a successful sire." [DRF.com]

Game changing stallions should dominate in the sales ring:

But his influence extends far past merely being a dominant sire, as strange as that sounds. As a juvenile phenomenon himself (his only Graded Stakes win was in October of 1985 at the Meadowlands in the G1-Young American) he showed an uncanny ability to sire the commercially ideal horse: a big strapping yearling that would show a precocious spirit and a will to win as a juvenile. As his juveniles systematically garnered nearly every single honor to be had as 2yos, he became the go to stallion for the perfect commercial breed. But unlike so many other juvenile focused stallions (read: Dixie Union and Kitten's Joy), Storm Cat's progeny also showed the ability to hold their form into and past their 3yo year. In fact, if you look at his Thoroughbred Daily News APEX Stallion Ratings (with a median performance pegged to 1.00) a clear picture emerges of a dominant stallion:

Storm Cat displays a classic profile of getting extremely precocious young runners that do amazingly well, but one of his most unique qualities, and one shared by a small handful of sires the likes of which we consider the absolute top end, is that those runners can get good early AND they can stay good too. If you use the APEX rankings (which I prefer for comparisons like this due to the quantification of performance and not simply GSWs, SHs, and earnings) and reference the other notable juvenile sires during Storm Cat's last years at stud, there is a major difference between him and his peers. Going down the list you see Dixie Union who couldn't sire an average winner by the time they were 4. You see Bernstein whose progeny are remarkably average by the time they are 3. Tale of the Cat's 3yos are only, on average, 2/3s as good as they were as juveniles. And Exchange Rates are below average as older horses.

But not Storm Cat.

The only company he truly shares is the greats: AP Indy, Galileo, Danehill, and a handful of others that no one could ever consider anything but elite. The term "greatest of all time" is certainly thrown around too often and I don't think it applies to Storm Cat. But when you back off of singling out an individual and look at the top end sires that have truly shaped the breed over the past 25 years, if you leave out the big bay Storm Cat you've made a grave error.