Share All sharing options for: Queen's Plate 2013 Results: Midnight Aria makes every furlong a winning one 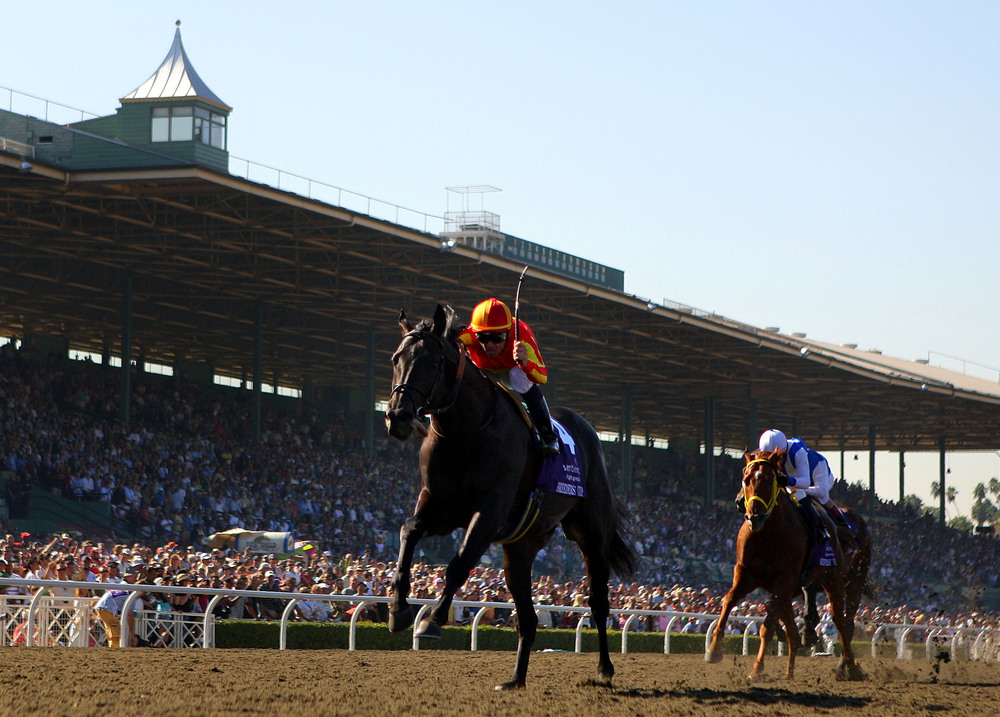 Midnight Lute is a peculiar case study as a stallion. He only succeeded at distances we consider sprints, but he's most definitely not bred to run short distances. (Photo: Matthew Stockman/Getty Images Sport)

Midnight Aria broke cleanly from the gate and rolled through soft fractions over the Woodbine Polytrack on his way to winning the 2013 Queen's Plate. Up With the Birds, the morning line and post time favorite, ran near the rear of the field for much of the race, made a huge move coming three wide off the far turn, kept coming at Midnight Aria with every stride in deep stretch but ultimately ran out of real estate. Dynamic Sky finished a well-beaten third while filly Spring in the Air rounded out the superfecta.

Jockey Jesse Campbell and Midnight Aria couldn't have asked for a better trip around the Woodbine main track. After clicking off moderate splits of 24.63 and 48.58 through the first half mile, the rest of the field allowed the winner to go the next six furlongs in a pedestrian 1:16.14.

Midnight Aria is a three-year-old colt by Midnight Lute out of a Mt. Magazine mare (Shebandowana), trained by Nicholas Gonzalez and ridden by Jesse Campbell.

Below are the payouts, fractions and internal splits for the Queen's Plate: